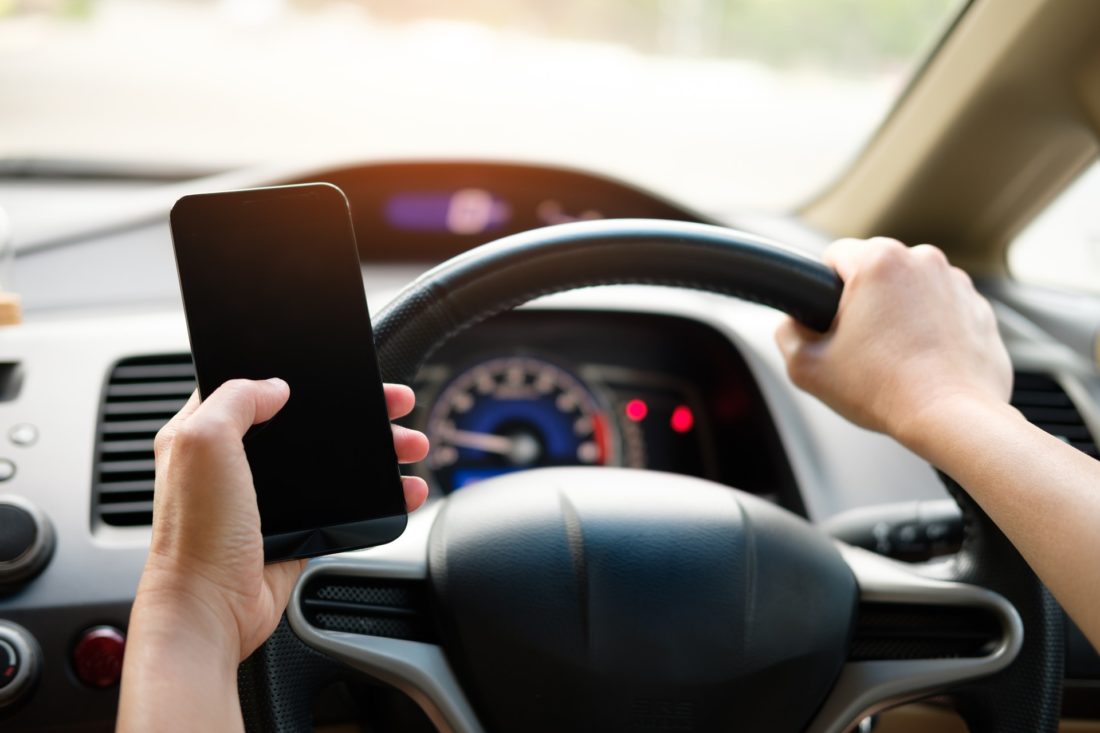 Distracted driving is practically an epidemic. It’s one of the leading causes of motor vehicle accidents nationwide, and is responsible for 25 percent of all vehicle collision fatalities. But why is it such a powerful and destructive force on the road? And what can we do about it?

First, we need to understand why it’s dangerous to take your eyes of the road—even for just a second. As a driver, it’s your responsibility to observe and react to your surroundings in a timely manner. If you’re not observing or reacting in a safe way, you could be the direct cause of a resulting crash.

On the highway, let’s say your car is traveling at 60 mph. That translates to about 88 feet per second. If you glance down at your phone for just 2 seconds, which doesn’t seem like much, your car will cover 176 feet without your vision guiding it. If you’re following 20 or even 30 feet behind the car in front of you, and that car decides to come to a stop or slow down, there’s no way you’ll have enough time to stop before crashing into them.

Distractions can also cause you to make small mistakes, such as drifting into another lane or brushing up against a road barrier. In many cases, when people encounter a small mistake like this, their first instinct is to correct the mistake aggressively and without thinking, resulting in overcorrection.

Another problem is the sheer number of potential distractions available to drivers today. Most of us rely on a smartphone, tablet, or other mobile device for everything in our lives—communication, entertainment, and both personal and professional functions. Every one of us has, at least once, glanced at a phone while driving, whether it’s because we received a notification or because we’re using the phone to find and play our favorite song. With such technological potential in the palms of our hands, it’s hard not to get distracted.

The solution here would be to keep your phone in the glove box while driving, or turn it off entirely, but that’s not enough to block out every possible distraction. You could still easily lose your attention on the road if you’re changing the radio station, or if you happen to pass by another accident. Even a catchy billboard or a loud passenger can cause you to take your eyes off the road for more than a second—and any distraction has the potential to increase your chances of a collision.

You might even believe this about yourself. You might believe you’re fully capable of reading a quick text message while also keeping your eyes on the road enough to respond to a sudden change in your environment. But the statistics are not on your side here. With very, very rare exceptions, people cannot effectively multitask; if your attention is divided or abandoned, even for a brief moment, you will not be able to perform a task effectively.

We may also downplay the potential severity of a distraction in one of several ways. We may justify that this particular type of distraction is so brief it couldn’t possibly have an effect on our driving, or tell ourselves that because this road is mostly empty, the risks are negligible. But it’s people making excuses like these who end up causing collisions.

Many states, counties, and cities are starting to pass laws designed to eliminate (or at least reduce) distracted driving, but these laws are still not the norm in the United States. In many areas, it’s legal to text and drive, or use a smartphone while driving in general. Even if there were strong anti-distracted driving laws in place, they would still be hard to enforce; people can keep their mobile devices hidden while driving, and aren’t always obvious when they’re distracted by something in the environment.

While we’re making progress toward minimizing the threat of distracted driving, for the time being, it remains an epidemic. If you want to do your part to reduce the number of collisions caused by distracted drivers, keep your eyes and your attention on the road at all times, and reduce the number of potential distractions in your vehicle by disabling or storing your phone while driving.