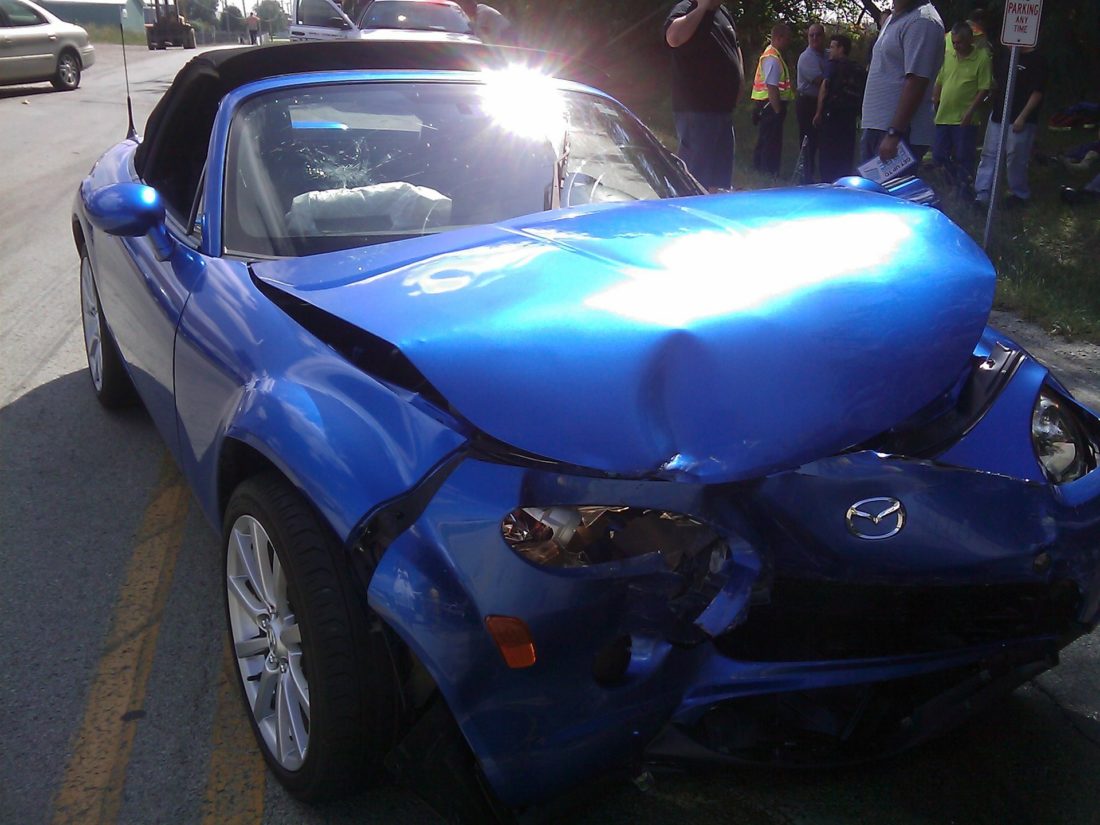 The internet is riddled with information about what to do when you’re in a car accident that wasn’t your fault. You get to blame it on the other person and avoid paying for anything if you have the right attorney and know how to handle it properly. But what do you do if you’re the one who’s at fault?

Nobody wants to think being responsible for a car accident. It’s hard to admit that you’re the guilty party, and the following implications are unsettling to say the least. But it’s important to realize that it might happen one day, and you need to know how to handle this situation.

In many cases, there’s no question that the accident was your fault. Perhaps you were speeding, texting while driving, recklessly whipping in and out of lanes, or backing into a parked vehicle behind you. Most authorities can clearly spot the at-fault party based on a variety of evidence, and fault will be pinned on you.

In other cases, it might not be so clear. It’s important that you don’t admit fault right away. Sometimes, you’re only partially at fault. There may be other factors that put the other party at fault as well. For example, they could have been texting and driving too—you don’t know that before the accident occurs.

GreenbergLawOffices.com points out that “in some situations, your accident may have been caused by an inanimate object, so you’ll need to investigate for fault.” For instance, an improperly marked construction site or ice may have interfered with your driving. It might have looked like your fault, but there were other factors that weren’t explored immediately after the crash.

Here’s the bottom line: Don’t admit fault, even if it clearly was your fault. Remain quiet and say that you’re going to speak to your attorney.

Individual states set the rules regarding responsibility for accidents. Most states are “fault” states, which means that they hold the at-fault party financially responsible after an accident. This includes physical losses as well as vehicle damage, pain and suffering, medical bills, lost wages, and other financial losses.

However, 12 states and Puerto Rico are considered “no-fault” states. If you’re in an accident in a no-fault state, each driver in the accident is responsible to cover the damages and losses with their own insurance money or out-of-pocket. Car insurance laws require that vehicle owners have a “personal injury protection” or similar coverage that will pay for all medical bills, economic losses, and damages, since you can’t always count on the person who caused the accident to take responsibility for it.

Most car accident lawsuits in no-fault states will be thrown out unless they meet certain criteria. “Under no-fault laws, motorists may sue for severe injuries and for pain and suffering only if the case meets certain conditions,” says an article from the Insurance Information Institute. “These conditions, known as a threshold, relate to the severity of injury. They may be expressed in verbal terms (a descriptive or verbal threshold) or in dollar amounts of medical bills, a monetary threshold.”

If you have adequate insurance, your insurance company should defend any claim against you. This includes claims to cover damages, medical bills, and any potential personal injury suits. Unfortunately, this will make your premium go up from now on, but at least you’re financially covered.

What if you don’t have insurance? Every state requires that you have car insurance if you’re a vehicle owner. This is a protection for both you and others on the roadway. However, some people find a way to work around this law and don’t have insurance to cover the accident when it occurs. If you’re faced with a personal injury suit afterwards, you’re facing even greater financial responsibility!

The courts will handle this situation, usually seizing all your savings and assets to cover damages. If you don’t have enough to cover the payment, the judge may dismiss the case, or you may receive phone calls and bills from debt collectors. Your credit score will bottom out, and you could face further legal trouble for avoiding your financial responsibility.

Skipping car insurance is not a smart move. It might seem like a good idea when you’re saving $500 or more per year, but considering that the average cost of an accident is five figures, it’s not wise. Make sure you have proper insurance in case you’re ever in an accident!