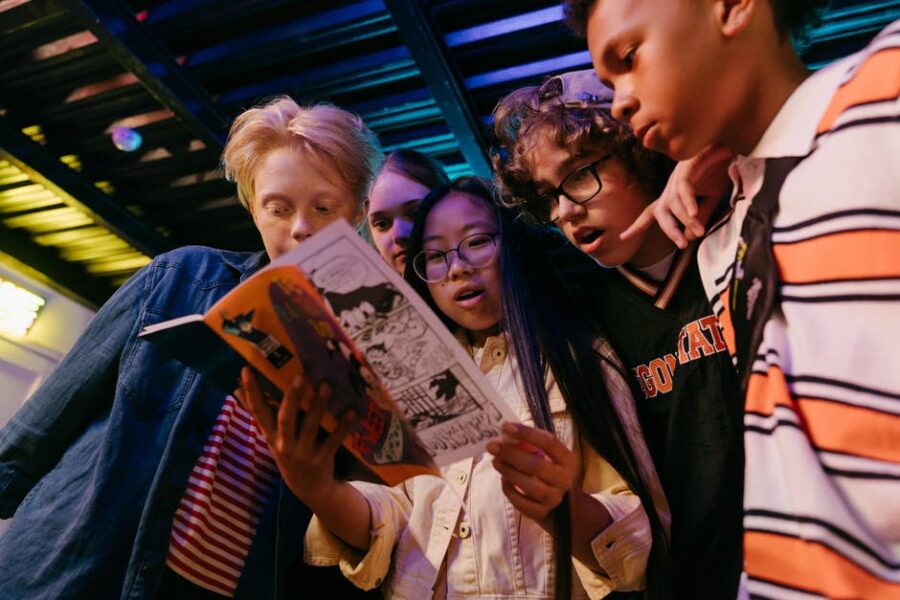 Are you wondering where manga comics originated?

Everybody knows these came from Japan. However, not everyone is aware of its rich history from centuries ago.

Before it became popular in the United States and the world, Japanese manga served purposes beyond entertainment. Continue reading below for a quick look at manga origins. We will also discuss what this Japanese medium has become today:

The word “manga” means “comics” in Japanese. Some people say you can trace manga history back to the Japanese scrolls of the 12th century. Manga experts contest this, saying the word first came about much later.

In 1874, Kanagaki Robun and Kawanabe Kyosai published “Eshinbun Nipponchi,” the first-ever manga magazine. Unfortunately, it failed to gain a following, leading it to stop after three issues. The following year, “Kisho Shimbun,” another manga magazine, came out.

As manga continued to spread across the country, the Japanese empire saw its potential as propaganda. The manga showcased a mix of words and images as its primary elements.

The end of World War II marked a significant turning point in manga history. As the Allied powers occupied Japan, they restricted Japanese militarism and propaganda. In turn, artists had to look for other ways to express their artistic styles.

The U.S. also brought its brand of comics, cartoons, and television into the country. The move started influencing the existing manga style at the time. Mickey Mouse, Bambi, and Betty Boop soon became part of the American occupation of Japan.

One of the most famous manga comics from post-war Japan was Astro Boy. The 1952 science-fiction series was a brainchild of writer/illustrator Osamu Tezuka. The story featured a world where robotic technology is threatening to change human culture.

The robots were Tezuka’s allegory, touching on issues like racial tolerance and prejudice. Astro Boy, a robot with a human-like brain, bridged the gap between humans and robots.

In the 1970s, manga became international as it entered Europe. The U.S. market followed suit in the 1980s and laid the foundation for an explosion in the 1990s. Titles like Dragon Ball, Slam Dunk, Naruto, Pokemon, and One Piece slowly invaded the market.

Today, the manga industry is worth around ¥441.4 billion or about $3.96 billion. Half the income is from its digital form. Fans can read comics free through manga and graphic novels scans online.

Understanding the origins of manga comics gives you a better appreciation of its relevance. It shows how words and images can shape the world.

However, manga is only part of the diverse pop culture of the world. Consider studying animé and other Japanese media.

Is this guide helpful? Explore our other posts today.