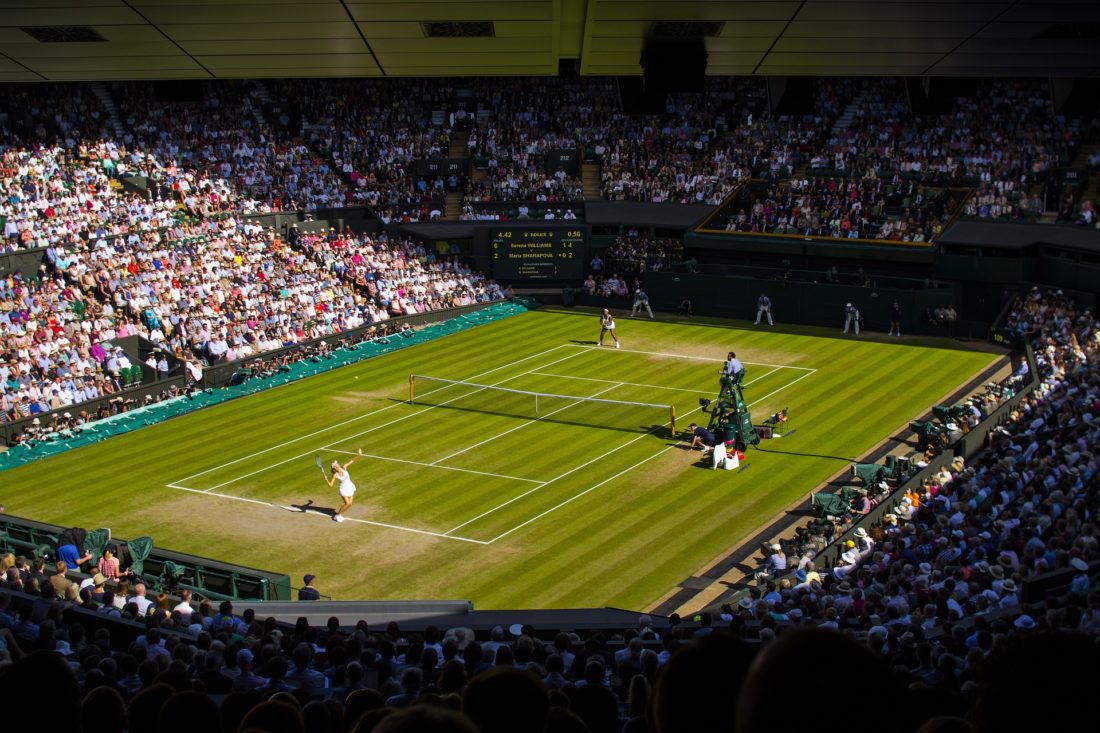 The British Royal family has been an institution for hundreds of years. Every year millions of tourists flock to London to visit Buckingham Palace or to watch the Changing Of The Guard. In fact, it wasn’t that long ago that Meghan Markle took a quick snap outside the palace when she visited as a teenager. Who knew that just a few years later she would be married to a Prince?

While the chances of marrying a Prince are far beyond the rest of us mere mortals, there are definitely other opportunities to mix with the occasional Duchess or Prince at some of the countries top sporting events.

One of the highlights of the tennis circuit, Wimbledon plays host to the Championships every summer. Starting at the end of June, the tournament goes on until mid-July and it even has it’s own Royal Box. In 2018 Catherine, Duchess of Cambridge and Prince William, Duke of Cambridge were in attendance. Big fans of the sport, they are regulars at Wimbledon and attended again in 2019.

Other members of the Royal Family to take in a game of tennis in 2019 included Sophie, the Countess of Wessex and the Duchess of Sussex, Meghan Markle. Often though they shun the royal box in favour of mingling with the crowd so if you’re lucky enough, you could find yourself sitting beside royalty at a game this summer.

How the royals love their horses and where better to attend a day at the races than at Royal Ascot, practically the back garden of Windsor Palace. Attended by the Queen, this event is revered across the globe, attracting many of racing’s finest horses to compete for more than £8m in prize money.

However, it isn’t just Ascot Racecourse that attracts members of the Royal household, they are often spotted at other huge racing events such as the Grand National at Aintree and Cheltenham for the Festival. So if you want to increase your chances of rubbing shoulders with the royals, head to the races.

Rugby is where it gets really interesting for the Royal Family. Despite all being very closely related, they each support different National teams in the annual Six Nations tournament. Zara Phillips, the daughter of Anne, Princess Royal, and the eldest granddaughter of Queen Elizabeth II is married to former England player Mike Tindall so they support England. Her mother however, is an avid Scotland fan and regularly attends their games to cheer them on.

Prince William, son of the Prince Of Wales, has kept on the tradition of supporting Wales in the tournament with his brother Prince Harry often seen supporting England. So while it might all seem a little strange that one family could support four different National teams, we shouldn’t forget that they are the British Royal family and as such all four countries comes under that title.

So while in day to day life you are unlikely to simply bump into a member of the royal family in your local supermarket, the same cannot be said for the great sporting events held around the country. You never know, you may be sitting next to one of them very soon!