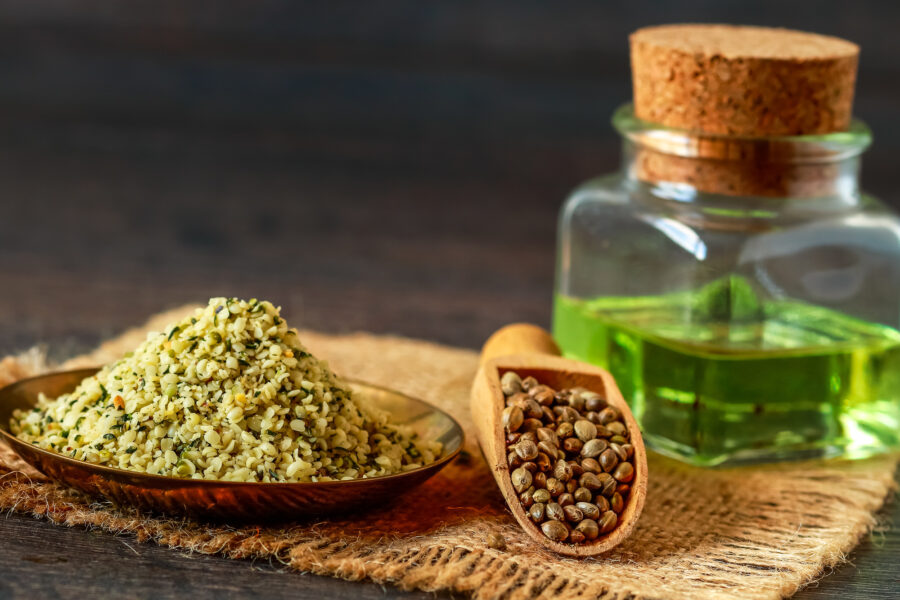 The global market size for legal cannabis is projected to increase by a staggering $27.89 billion between 2020 and 2024. It’s a remarkable explosion in demand for cannabis products, given that marijuana was largely a controlled product just a few years ago.

Of all the cannabis products on the market today, CBD and CBN are among the most popular. These two substances have garnered phenomenal interest from researchers, investors, manufacturers, and consumers.

But what is the difference between CBD and CBN? How do they work? What are the benefits of each of the two cannabinoids?

This guide answers these questions.

CBD is short for cannabidiol. It is one of the many types of cannabinoids that come from hemp plants.

Unlike THC, which is the most naturally occurring compound in cannabis, CBD is non-psychoactive. That means that CBD doesn’t cause the intoxicating effect associated with THC. Instead, it produces a variety of significant changes in your body, which are mainly beneficial.

So, how does CBD work in the body?

As we’ve already pointed out, CBD is a cannabinoid. The compound impacts your endocannabinoid system ECS, whose work is to regulate your body’s internal environment. The ECS helps keep changes in your body under control, besides helping you adapt to external stressors.

One of the reasons CBD’s popularity has skyrocketed in recent years is its many proven health benefits. However, before you start using CBD, take the time to learn how to safely use the product, especially if you’re already on medication.

Let’s look at some of the benefits you can expect from CBD.

CBD Is a Natural Painkiller

One of the most popular uses of CBD is to relieve pain. The compound acts as a neuromodulator, regulating the neurons responsible for pain stimulation. It is the perfect substitute for synthetic painkillers.

It Relieves Stress and Anxiety

Stress and anxiety are two of the world’s leading mental disorders. The two are responsible for a host of illnesses, with numerous drugs developed to help manage them.

CBD has been shown to be effective in reducing both stress and anxiety. And since it’s a natural cure, you needn’t worry about the undesirable side effects associated with synthetic drugs.

Cancer treatment can trigger undesirable symptoms, including nausea and vomiting. CBD can help counter these symptoms.

It Strengthens the Bones

CBD has also proven helpful for people with problematic or broken bones. The compound can help strengthen weak bones and accelerate the healing of broken ones. In this case, CBD oil or cream is applied to the affected area.

CBN is short for cannabinol. Like CBD, CBN is a naturally occurring cannabinoid in the cannabis plant. It’s also non-intoxicating.

While CBD and THC are more popular than CBN, scientists identified CBN before the other cannabinoids.

CBN is the by-product of heating THC. As it ages, THC decays into CBN. For this reason, older cannabis flowers generally have a higher amount of CBN.

What are the potential benefits of CBN? Lovers of CBN swear by its many health benefits that include:

CBN has been proven to be effective against bacteria. The compound can even fight off strains of bacteria that are resistant to conventional antibiotics such as MRSA bacteria.

CBN Is an Effective Neuroprotectant

CBN is also a reliable neuroprotectant, with the compound proving useful against ALS. CBN can delay the onset of the neurodegenerative condition and fight it in patients who already have the illness.

For those struggling with lack of appetite, CBN can help. THC is also effective when it comes to this, although many people avoid it due to its intoxicating effects. CBD thus offers the perfect alternative.

CBN may also reduce intraocular pressure, which is the primary risk factor when it comes to glaucoma. Research into the matter, however, is still in its early stages.

What Is the Difference Between CBD and CBN?

As you’ve seen, both CBD and CBN are cannabinoids. But the two share certain important differences.

For instance, CBD and CBD are fundamentally different molecules with separate origins. High levels of CBD can be found in industrial hemp plants as well as high-CBD marijuana strains. On the other hand, CBN is the by-product of the decaying of THC, and high levels of the cannabinoid depend on how much heat and light a cannabis flower has been exposed to.

CBD and CBN also differ in the way each acts in the body. Generally, CBN mimics the way THC acts on endocannabinoid receptors. It binds to the CB1 receptors, albeit at a lower strength compared to THC.

But despite the differences that CBD and CBN have, the two compounds produce largely similar medicinal benefits. However, CBD seems to have a lot more known health benefits than CBN and is thus much more popular of the two cannabinoids.

Reap the Benefits of CBD and CBN

For many users of cannabis products, the difference between CBD and CBN can be unclear. But while the two cannabinoids share many similar properties and benefits, the two molecules are fundamentally different, particularly when it comes to how they’re derived and how they bind to the ECS receptors.