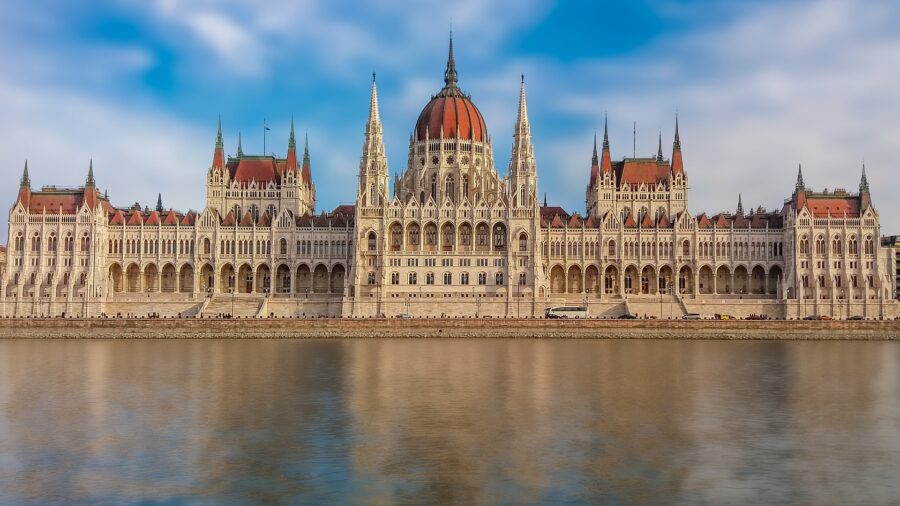 Budapest is the capital of Hungary. This city is known by many names: “The Heart of Europe,” “The Pearl of the Danube,” and “The Capital of Freedom,” to name a few. Each of those names has a special story behind it. In fact, that’s probably one of the best ways to describe Budapest — a city full of fascinating stories.

Some of these stories are absolutely ancient, stretching back to the time of the Roman Empire. Others are much more recent and recall events that are only a couple of centuries old. All of these stories have been immortalized by museums, landmarks, and memorials in Budapest. Budapest has a lot of history to discover. So much that a person could get overwhelmed by it all.

That’s why we’ve created a history buff’s guide to Budapest. We’ll show you some of the city’s oldest and prominent landmarks as well as a few secret points of interest. We’ve got a long trip ahead of us, so you might want to store your extra luggage before we get started.

The Roman Empire is often touted as the greatest civilization in all of human history. Rome’s military might, technological advancements, and influence were simply unprecedented way back when. Then, it all fell apart in 476 AD. Ruins are largely all that remains of this once great empire. Many of these ruins are located in Italy. However, the ruins of Aquincum can be found within Budapest.

Aquincum used to be a large and prominent Early Middle Age city. The Celtic Eravisci tribe were the first to call the area home, until the Roman legion took over sometime around 41 AD. These days, history buffs are more than welcome to explore Aquincum and its local museum.

Did you know that the name “Budapest” is actually a combination of two words? Long ago, “Buda” and “Pest” were two separate cities. It wasn’t until 1873 that Buda, Pest, and a third city named Obuda merged into Budapest. Buda Castle is a relic from a time before this merger. Numerous Hungarian royal families have called this palace home ever since it was built in 1265.

Now, Buda Castle houses several museums and historical buildings. We’re talking about buildings like the Hungarian National Gallery, the National Széchényi Library. You could also spend hours exploring the castle; guided tours let visitors stroll through sections of the castle like the dining room, master bedrooms, and the cellar. This palace is a European history buff’s dream come true!

Are you looking to take a deep dive into Budapest’s history? Then you’ll be excited by the next stop on our museum hopping adventure. The Budapest History Museum is dedicated to preserving and showcasing the city’s history.

The exhibits here go back all the way to the 8th Century, during the time of the Ancient Romans. All kinds of artifacts are on display as well as statues and sculptures from bygone eras. Describing the Budapest History Museum as enlightening almost feels like an understatement.

Alongside every great civilization is a great river. For Egypt, it’s the Nile River. For China, it’s the Yangtze. For Eastern Europe, it’s the Danube. This river impacted the development of multiple European civilizations, from the Roman Empire to modern-day Budapest.

Danube Palace takes its name from this influential river. Danube Palace was considered to be a casino of sorts, but not in the traditional sense. Several Hungarian composers entertained nobles and aristocrats at Danube Palace. A history buff can find references to Zoltan Kodaly and Antonin Dvorak by visiting this palace.

Visiting the House of Terror can be a harrowing experience. However, the goal of this museum isn’t to make its visitors angry or scared, ironically enough. Its goal is to help Hungary accept this dark period of its past in order to have a brighter future.

No two cultures ever develop exactly the same. Even neighboring cultures with access to the exact same resources might be drastically different from one another. The Museum of Ethnography is dedicated to showcasing the development of early Hungarian cultures. This goal is achieved primarily through exhibits like:

The Museum of Ethnography also offers tons of virtual exhibits these days. Visit their website to see which events and exhibits are planned for the near future.

History buffs can get down and dirty at the Museum of Hungarian Agriculture. This venue is dedicated to Hungary’s early farmers, hunters, and gardeners. Exhibits cover everything from ancient hunting methods to collections of rare crops.

Some exhibits even recreate scenes from Hungary’s history. It’s sort of a lame pun to call this museum wild, but it’d also be a missed opportunity if we didn’t. There’s no place like this museum – not in Hungary, or anywhere else in the whole wide world.

So, let’s review; we’ve covered Ancient Roman ruins, historic palaces, and at least one venue that sounds like a Halloween attraction. At this point, there’s only one historic landmark that we haven’t talked about — the Red Hedgehog House, the oldest surviving building in Hungary.

This building was constructed way back in 1260. During the 13th Century, the Red Hedgehog House used to be the Red Hedgehog Inn. Travelers from far and wide would take a load off at this charming joint. Now, it’s a museum of sorts and one of the last relics of a bygone era.