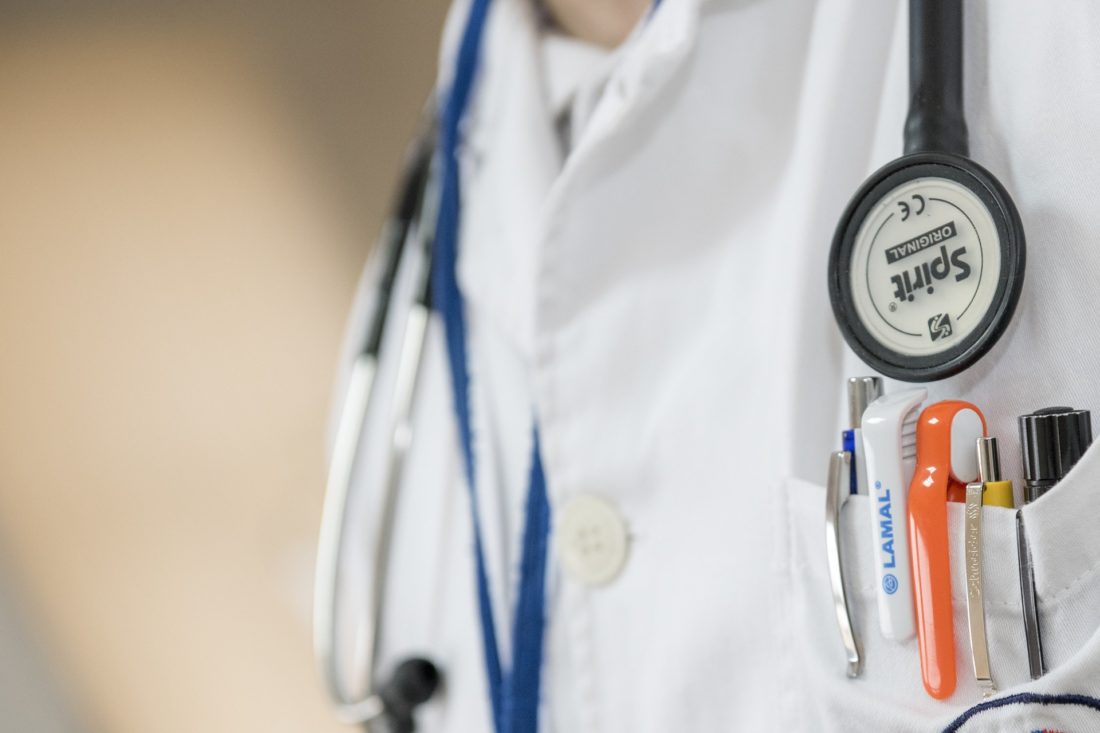 Physicians are overwhelmed and it’s not just a matter of being busy. A survey conducted by locumstory.com found that physicians are working longer hours but spend less time with patients. They’re required to complete more paperwork than ever before, and many take on a second job to make ends meet. According to the study, 65% of physicians feel more overworked than when they began their careers and feel like they don’t have a healthy work/life balance.

It’s no secret that feeling overwhelmed and overworked leads to stress, and stress can significantly decrease a person’s ability to do their job correctly. Physicians are no exception. However, when a physician makes a mistake, it can cost people their lives.

For a physician, even the smallest oversight can have dire consequences. For example, say a patient has severe asthma that includes regular coughing fits and they start seeing a new doctor for high blood pressure. An overworked doctor who doesn’t have time to thoroughly understand that new patient’s medical history might think nothing of prescribing an ACE inhibitor to control blood pressure. Angiotensin-converting enzyme (ACE) inhibitors are known to cause an irreversible, chronic, hacking cough. Prescribing an ACE inhibitor to an asthmatic who already has a severe cough will put their life at risk.

Prescribing the wrong medication isn’t uncommon. Physicians don’t have time to read up on every new drug that hits the market and memorize every contradiction and side effect. The FDA approved more than 100 new drugs in 2019 alone. Physicians are given general information by the drug companies and write prescriptions based on what they know. Sometimes they’re not even aware of certain side effects until the drug has been around for a while and people have already been harmed.

Prescribing the wrong drug seems like a small mistake, but there’s no such thing as a small mistake in medicine. Every wrong decision has the potential to harm a patient, sometimes permanently. When a physician prescribes medication that harms a patient, they have a legal right to pursue a medical malpractice lawsuit against their doctor.

Medical error is now the third leading cause of death in the U.S.

Surgery always comes with risks, but some medical centers seem to have an excess of complications. The Johns Hopkins All Children’s Hospital in Tampa, Florida is one of those medical centers. Despite known problems with the children’s heart surgery program, they continued to operate and kids were dying at a high rate.

The Tampa Bay Times recently reported on several major medical malpractice settlements related to heart surgeries. Two children were paralyzed after undergoing heart surgery at the Johns Hopkins All Children’s Hospital, and the families received nearly $40 million in settlements. A third child died, and that family will receive $750,000.

Paralysis and death resulting from heart surgery isn’t uncommon. In 2018, a family in West Palm Beach received $8.9 million after their child died in the heart surgery department of St. Mary’s Medical Center. The list goes on.

The medical system needs an overhaul

While there’s no way to eliminate all potential for error, there shouldn’t be a quarter million people dying from medical error each year. The medical system is overwhelmed, but patient safety should be a top priority. There are so many disparate systems being used within the medical field that don’t integrate. The entire medical system is due for an overhaul from top to bottom. We need a centralized system to handle everything from general paperwork to lab results and billing procedures.

Once a set of cohesive foundational systems are in place that take the load off of physicians and allow for a better flow of information, physicians won’t feel so overwhelmed. They’ll be able to spend more time with patients and read up on new drugs. Mistakes won’t disappear completely, but the frequency of mistakes with fatal consequences will lessen and patients will receive better overall care.