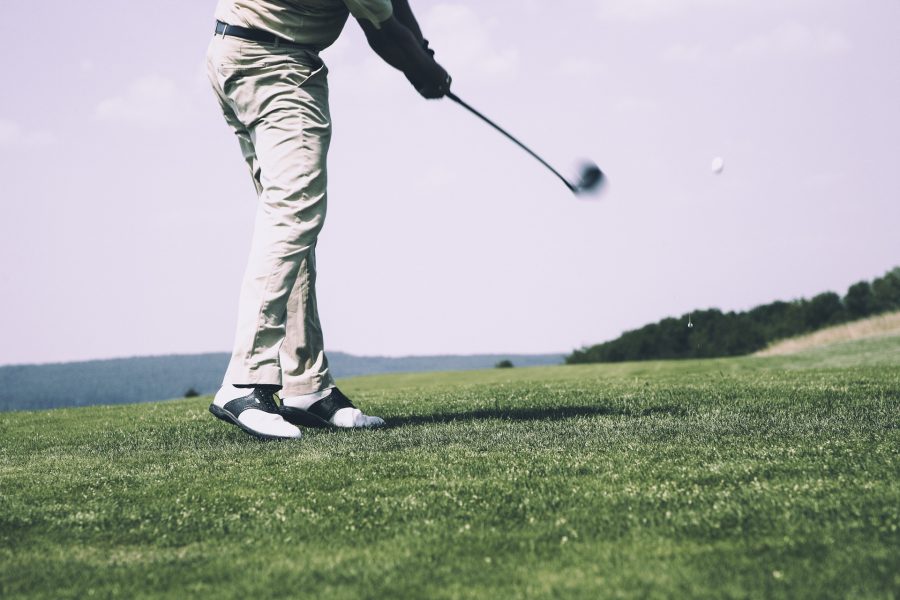 Imagine for a moment that you have a tee time this afternoon. You show up to the course, do your usual pre-round routine, and show up to the first tee with your buddies. You line up over the ball and blast one down the middle of the fairway. It’s the start of your best round ever – a round that sees you shoot an entire 10 strokes better than your normal handicap. Well, stop dreaming. We’re going to show you how!

3 Ways to Shave Strokes Off Your Score

Golf is a game of inches. And while it might feel like a massive stretch to go from shooting a consistent 90 to a consistent 80, the reality is that it only takes a few small tweaks to change things around.

Most amateur golfers focus on the wrong things. They spend time making sure they have the perfect range finder or best grips on their clubs. They focus on how they can smash the ball farther down the fairway, regardless of how straight it is.

Don’t even get us started on obsessing over choosing the right golf ball or buying the newest pair of spikes. Do these things matter? Sure, they can. But those are all superfluous details. If you want to shave serious strokes off your game (and keep them off), you need to emphasize the parts of your game that matter most.

Here are several tips you can use to clean up your game:

Everyone wants to focus on the distance they can squeeze out of a club, but it’s forgiveness that most amateurs should emphasize. A more forgiving club might short-change you a few yards, but it’s going to give you a larger sweet spot to hit. As a result, more balls will stay in play.

Club forgiveness also extends to putters. While reading puts and getting speed right are two crucial components of putting, most amateur golfers don’t have enough consistency in their stroke. The putter moves one millimeter to the left or right upon contact, which pushes or pulls the ball. You can change this by using a forgiving blade like the Directed Force 2.1 putter from L.A.B. Golf. This putter looks crazy, but it works. Forged and weighted for optimum balance, it gives the putter the ability to consistently repeat strokes with less effort and no torque. Most golfers are instantly able to shave a few strokes off their score by making this one switch.

The average amateur golfer hits three balls out of bounds per round. And when you consider that most golf courses have just 14 true tee shots, that means the average golfer is putting 3/14 tee shots out of play (i.e. 21 percent of them). More than one out of five tee shots are going out of bounds!

Hitting out of bounds not only costs you two strokes, but it also hurts your mental psyche and makes you more likely to try and make up for the shot by swinging even harder on the next one (which can have a snowball effect on your score and leads to big numbers).

The best thing you can do is change your mindset off the tee. If you’re someone who consistently hits 95 or higher, you might consider clubbing down from your driver and trying a wood, hybrid, or even low iron. It’s better to put the ball in play (even if it’s 40 yards shorter) than to lose one out of bounds.

Believe it or not, amateur golfers hurt their overall scoring more on approach shots than any other aspect of their game. Clunkers (fat shots, skulled shots, shanks, topped balls, etc.) are far too common. One of the reasons for this is that golfers get too focused on choosing the perfect club rather than the club they’re most comfortable with.

Unless you’re a scratch golfer or professional (which you probably aren’t if you’re reading this article), you shouldn’t get so caught up in yardages from approach shots. Yardages don’t matter if you can’t hit the ball cleanly. So the best piece of advice is to choose a club you love and are confident in. Then focus on making a clean shot (adding or taking away power from the swing to roughly account for the distance).

Adding it All Up

The smallest changes make the biggest difference. Think of each golf round as two “mini rounds” within itself – each consisting of nine holes. If the goal is to shave 10 strokes off your score, you simply need to gain one stroke off the tee, one stroke from mid-range, one stroke on your approach shots, one stroke around the green, and one stroke on the green (per nine holes). And if you’re using the tips mentioned in this article, that’s totally reasonable.

Golf is a brutal game. One inch to the left or one inch to the right can make a massive difference in your score. And while there’s no single way to lower your score, there are plenty of tactful things you can do to strategically plot your way around a course and consistently finish with better rounds.