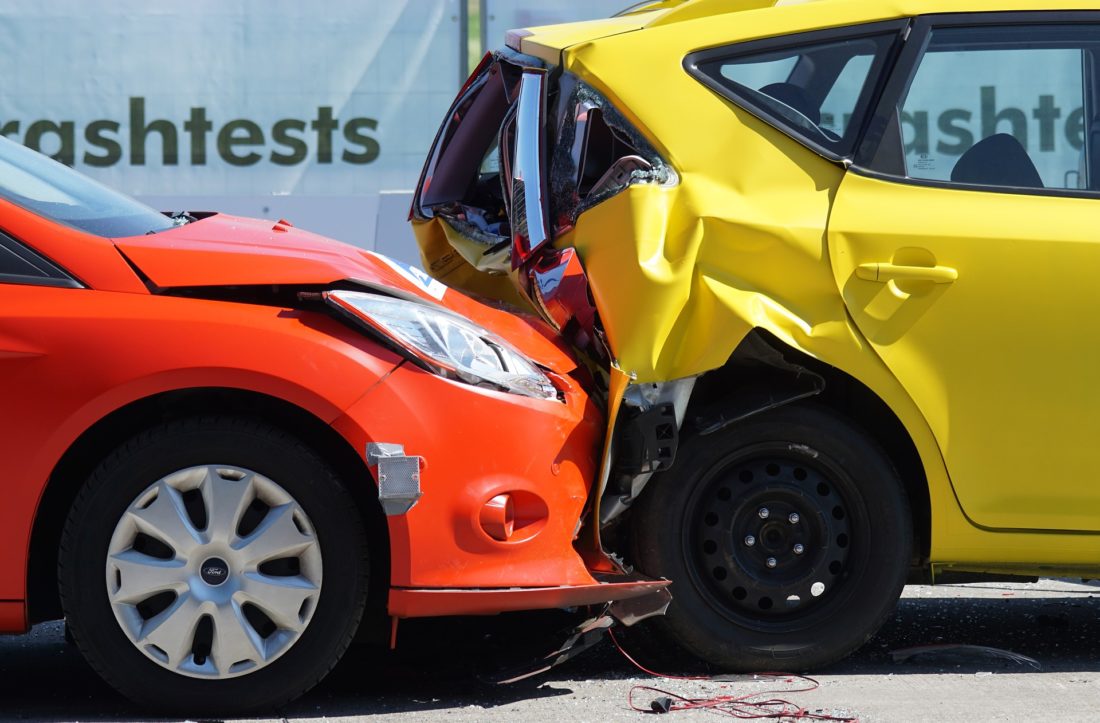 Car accidents can get complicated, fast. In some cases, the accident is clear-cut and easy to understand. For example, let’s say one driver is at a complete stop at a red light, and another driver is speeding behind them. The speeding driver rear-ends the stopped driver, and the event is caught on video. The speeding driver also admits fault at the scene of the accident, and a police report verifies all this information. In this case, there’s no question that one driver is exclusively at fault.

In most car accidents, the details are harder to navigate. For example, what if the driver at the red light has broken taillights, so the car isn’t visible? What if the light was green and they were still stopped because they were sending a text message? In these cases, more than one party may be found to be at fault—even if one party is “more” at fault than the other.

How exactly do these cases work?

First, understand that different states have different rules for how “fault” works. Most states are fault-based, meaning whichever driver is found to be “at fault” for the accident will need their insurance company to pay for repairs, medical costs, and other expenses. Other states are no-fault. States with no-fault insurance laws may require that at-fault drivers pay for property damage (including car repairs), while every involved driver will need to carry and use their own personal injury protection insurance—sometimes called first party benefits.

As you might imagine, things can get complicated fast.

Fault can be assigned by multiple authorities for multiple reasons. For example, a police officer responding to the scene of the crime will often assign fault for the accident to one driver, the other, or a combination of the two, based on the evidence available to them at the time. To do this, they look at the damage to each vehicle, the conditions of the road and surrounding area, the reports of each driver, eyewitness testimonies, and other pieces of evidence. Moving forward, insurance companies and lawyers will often cite this police report as a major piece of evidence—even if they end up disagreeing with the assessment.

From there, insurance companies may agree with this assessment or try to fight it. They may call the other driver or eyewitnesses to get further pieces of information that may have been overlooked in the police report, or try to get another driver to admit fault; if successful, they may be able to construct a legal case that overrides the initial determination of fault. For example, they may learn that the driver initially found to be “not at fault” was drinking before the accident occurred.

The Last Link in the Chain

In many states, and in many police departments, in cases where a complex chain of events took place to cause the accident, or if many cars were involved, authorities look at the last driver to take a meaningful action that leads to the accident. For example, let’s say two cars are speeding down the highway. The first car slams on their brakes to avoid a deer, and they are successful. The second car, immediately behind them, also slams on their brakes, but ends up rear-ending the first car. The first car made a few mistakes, including speeding and braking with unnecessary force. However, the second car took its actions later in the chain of events; because they were speeding and following too closely, they’d likely be considered at fault in this collision.

While some car accidents are simple, most involve a number of complexly interconnected variables. Determining fault, regardless of the laws in your state, can be extraordinarily difficult. If you’re involved in an accident with many variables in play, your best course of action is to gather as much evidence as you can on your own, get an official police report, and talk to a lawyer about your options. Getting legal representation can strongly protect you in these cases.