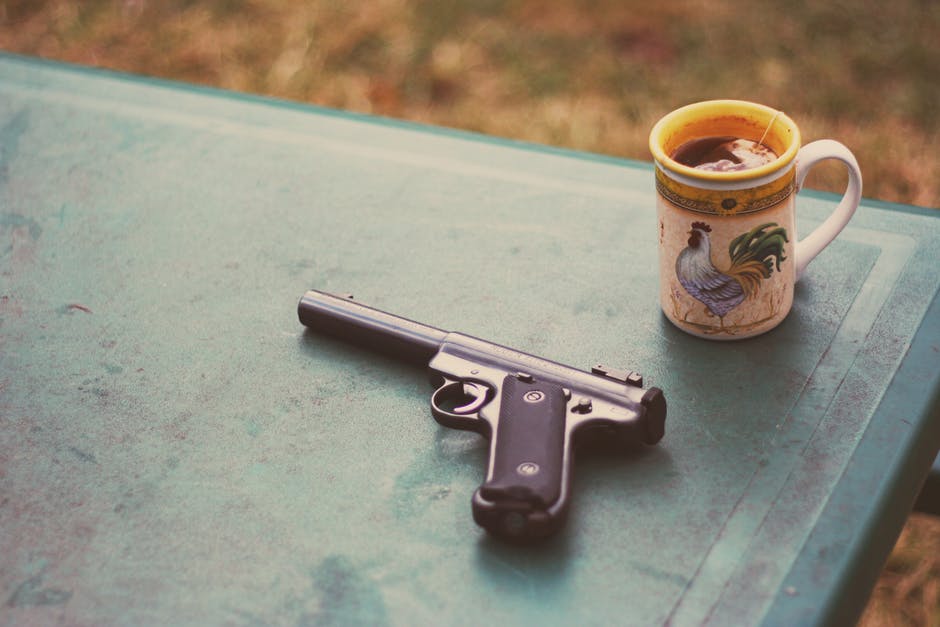 Are you planning to buy your very first handgun? Before getting hold of that firearm, there are several things that you need to understand. Owning a handgun requires proper training.

It also involves responsibility. About 30% of adult Americans claim to own guns. But the question is, are they responsible enough to own one?

What are the fundamentals surrounding handguns? What should buyers of handguns for beginners need to know regarding firearm safety and responsibility?

Keep reading as we give you a lowdown on handguns.

As we mentioned earlier, there are essentials surrounding handguns for beginners. These essentials involve not only the actual firearms but also the owners.

Today, there are two popular types of handguns: the revolver and the pistol. The two share certain parts. They also share the same basic functions.

But there are also key differences that set them apart in terms of performance.

Let’s try to break down the vital parts, the safe handling of firearms, and the maintenance to keep them in excellent condition.

The Parts that Make a Revolver

First, let’s dissect the revolver. Though gun manufacturers no longer create revolvers as much as they did in the past, the gun continues to leave its imprint in society. The police and military mostly use semi-automatic handguns.

It was not too long ago when the New York Police Department switched from revolvers to semiautomatic pistols.

If you decide to buy a revolver, you need to know the parts that make one.

The barrel is the long metal tube where the bullet travels. When you pull the trigger, you ignite the gun powder. It then makes the gases to expand rapidly.

The gases then create pressure that propels the bullet forward and outside the barrel. Additionally, the barrel contains the gases in place during the process.

An important part of the barrel is the breech. This is the barrel’s back end that is closest to the firing mechanism.

Also, inside the barrel is the bore. It spins the bullet to improve the latter’s accuracy and increase its velocity.

Today, there are barrels like the Ballistic Advantage that promotes balance and accuracy.

The hammer serves as the gun’s striking mechanism. When you pull the trigger, the hammer forcefully hits the firing pin. It then drives the pin into the cartridge primer.

Upon contact, the primer explodes and propels the bullet through the barrel and out of the muzzle. If you are using a single-action revolver, you need to pull the hammer back before taking another shot.

This is the part where you hold the handgun. Generally, the revolver’s grip is ergonomic. This adds comfort as you aim and shoot the firearm.

This is the lever that you press and squeeze with your finger. This is the piece that initiates the firing sequence.

This is the ring that surrounds the trigger. It keeps your finger from accidentally pressing the trigger.

The cylinder is the chamber where you place the cartridges. Every time you pull the trigger, the cylinder revolves. The multiple chambers inside it also align with the barrel.

This part is the one that impacts the cartridge’s primer. When the hammer strikes it, it initiates the process that leads to the firing of the bullet.

The Parts that Make a Pistol

As we mentioned earlier, the revolver and the pistol share some key parts. Since pistols feature newer technology, they come with parts that the revolvers do not have. Let’s take a look at these key parts below:

This is the part that locks the magazine into place. This helps ensure that the cartridges feed properly into the chamber.

This is the part that you see moving back and forth during the firing motion.

This is part that locks the slide back. It works right after you fire the final cartridge in a magazine.

This is a wing of metal that retains the bolt, barrel, or slide. This part helps in disassembling the handgun.

The receiver is the one that “receives” the bullets. It also keeps the handgun’s internal parts. These parts include the action, hammer, and firing mechanism.

This part is where all the firing action takes place. It covers all the moving parts from the loading stage to the firing stage. It also covers the discharging of the handgun’s empty case.

This part removes the brass case from the firing chamber. It also takes the case through the ejection port.

This is where the casings come out after the extractor pushes them. You need to be careful because some people get their skin trapped here.

These are metal or fiber optic materials that help you shoot accurately. Most pistols feature a front and rear sight. The goal is to line up the front sight in the middle of the rear sight.

Before you pull the trigger, make sure that the front sight is over your target.

The safety is the part that keeps you from accidentally discharging your pistol. Some pistols feature safety buttons. Some come with sliding devices.

As a responsible gun owner, you need to learn the basics of safe gun handling. Here are some tips that you should follow:

1. Use the Right Ammo

Before loading your handgun, make sure you are using the right ammunition. Read the gun’s manual as well as the ammo’s instructions. Loading the wrong kinds of bullets can damage your firearm.

It can also cause injury when you fire your pistol. Make sure not to load very wet bullets.

2. The Target and Backstop

Before firing your pistol, make sure of your target as well as the backstop. The backstop is anything that is at the back of your target. If you are aiming at a moving target, you need to be sure there is no innocent person behind him.

If you are planning to go to the firing range, make sure you are not under the influence of alcohol or drugs. This is crucial since there are prescription drugs that may affect your ability to fire a handgun. Always consult your doctor if you are under any medication.

Before pulling the trigger, make sure the gun’s barrel is free from any kind of obstruction. This includes snow, mud, and excess grease in the bore. Obstructions can increase pressure, which can lead to the gun bursting upon firing.

To ensure the performance and reliability of your handgun, you need to practice regular care and maintenance. Here are some tips to prolong the life of your handgun:

Know When to Clean

If you use ammunition with corrosive loads, you need to clean your pistol after. The same thing goes for cheap ammo. Usually, cheap ammo leaves more residues on the barrel.

Use the Right Cleaner and Kit

Don’t simply buy any gun cleaner. Instead, go for the high-quality ones. These cleaners effectively break down gunk and residue.

Also, you need to invest in the right cleaning kit. A good kit should come with the right set of swabs, brushes, and rods.

Lastly, you need to put some light oil on your gun after cleaning. The oil will keep all the moving parts in great condition. Moreover, it will provide an additional coating against air moisture.

Go for top-performing oils to ensure topnotch results. Some of the cheap oils in the market break down after a shorter amount of time.

Choosing handguns for beginners and learning how to use them is one exciting journey. With the right knowledge and enough practice, you can improve your shooting skills in no time.

To get the most out of your handguns, you need to continue learning the ins and outs of gun-handling. We invite you to check our other articles on guns and ammo. We provide product comparisons and tips to help you become the best gun owner you can be.