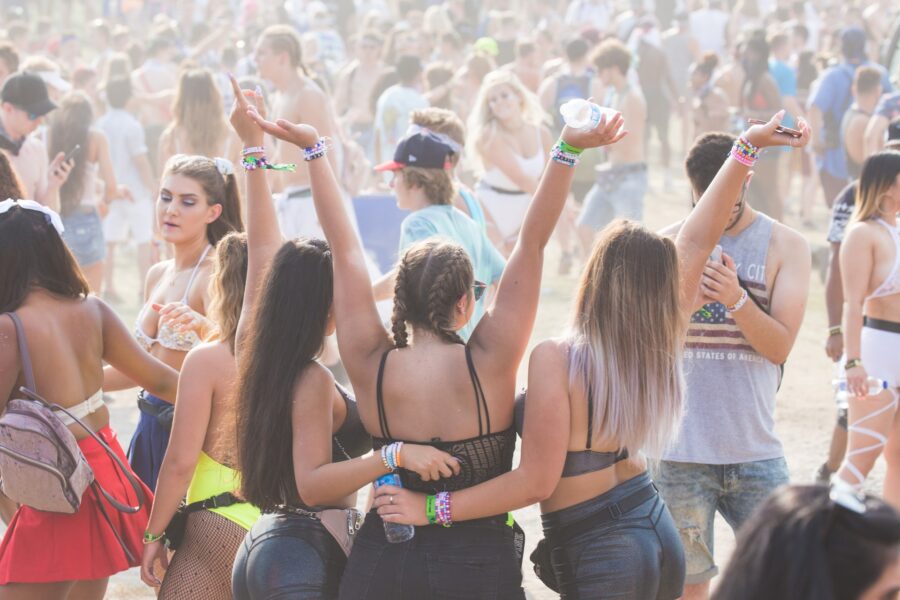 If you know someone who has been to Brazil, there’s a 99% chance they have a good story about a Brazilian party that they’ve been to. The partying culture seems to be intrinsic to the “Brazilian DNA”, and if you are a fan of music festivals, there are many happening in Brazil all year long.

Here are some of the largest and most famous music festivals and events in this beautiful country that you should attend to.

Lollapalooza is arguably the most famous festival brand in the world and has been happening yearly in Sao Paulo, Brazil, since 2012.

Like its American counterpart, the event has brought some of the biggest names and rising stars from all over the world, hosting artists like Foo Fighters, Muse, Eminem, The Killers, Pharrell Williams, Red Hot Chili Peppers, Pearl Jam and many, many others.

One of the most famous and traditional music festivals in the world, Rock in Rio started in 1985 has had eight different editions in Brazil and has derived into analogous events that took place in Lisbon, Madrid, Santiago and Las Vegas. The first editions held names like Queen, Iron Maiden, Guns and Roses, Prince and many others in the Rock and Roll and the Pop genres.

This has been such a large event that the Rio government commissioned the building of the “City of Rock”, a 2.7 million square feet venue that supported at its peak more than 250,000 people simultaneously, and since 2016 has been a part of the city’s Olympic Park and hosted many other events.

The Virada Cultural (literally “Cultural All-nighter”) of Sao Paulo is considered the biggest 24-hour festival in the planet, that started in May 2005 and has happened every year since. In 2019, the event had over 5 million attendees to over 1200 attractions in 250 different venues around the city.

Happening since 1996 in Itu, Sao Paulo, is the biggest outdoor electronic dance music festival in Brazil. With over 150 editions, XXXPERIENCE has hosted big names in the electronic genre, such as Armin Van Buuren, Calvin Harris, The Prodigy, and Steve Aoki.

This festival is filled with impressive visual lighting effects and a spectacular firework display for more than 30,000 people every year. Read more here

Perhaps the most eccentric event in this list is the Universo Paralello (Parallel Universe). The idea behind this is a 9-day festival taking place between Christmas and New Year in a stunning small island named Pratigi Beach, located in northeastern Brazil. This one of the biggest festivals in the Psy-trance genre, having over 20,000 people attending every two years with over 13 editions.

Other than seeing some of the biggest names in electronic music, its attendees can achieve ‘true transcendence’ by taking part in workshops, holistic therapy sessions and cultural ceremonies. The event has adopted a very strong stance in environmental sustainability, having made real efforts to ensure the protection of the surrounding nature.