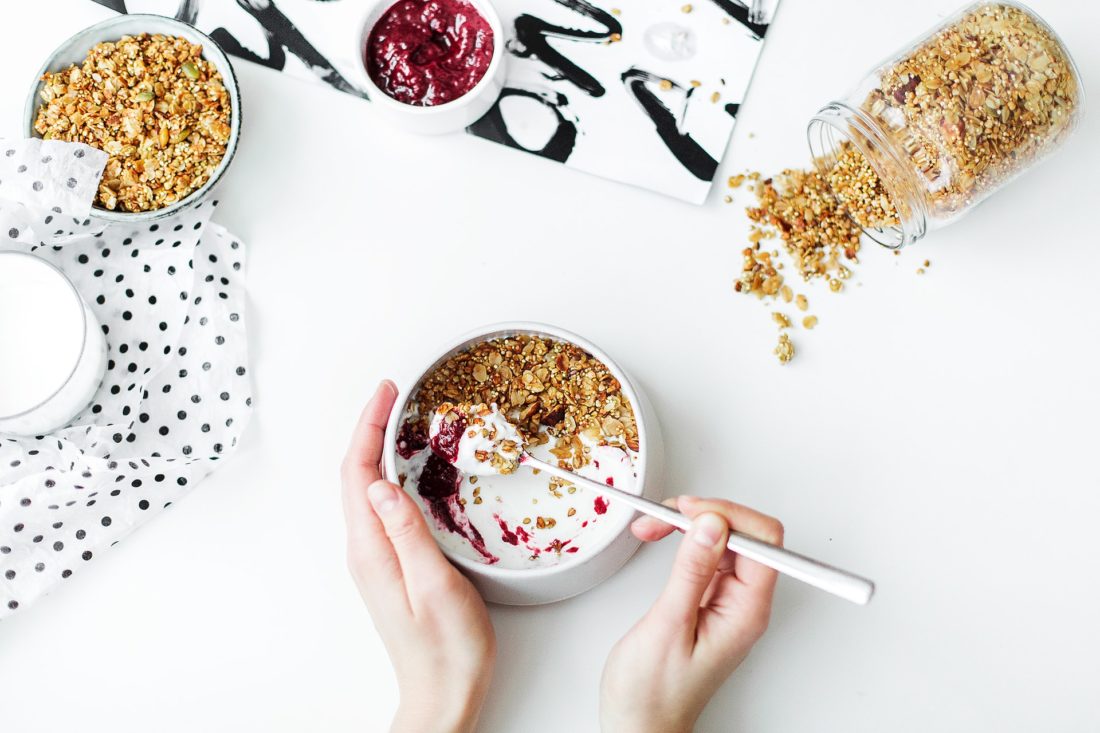 Probiotics are consumable live microorganisms that are believed to improve health by restoring flora found in the gastrointestinal tract. These organisms can be consumed through certain fermented foods or supplements. Studies have shown a link between the balance of digestive system bacteria and overall health. A number of benefits may be realized from regularly taking probiotics. Here are eight reasons to consider providing these beneficial bacteria to your customers.

Taking probiotics is believed to provide sufficient “good” bacteria to restore the balance in your digestive system. A number of fermented and/or pickled foods are rich in probiotics, such as yogurt, sauerkraut and kefir. Many of these foods have strong tastes and may not fit into customized dietary plans. Supplements are an extremely low-caloric option. A pill may contain several billion colony forming units or CFUs and can easily be taken with a glass of water or food. Consider offering probiotics to health and fitness clients through private label supplements.

Although more research is necessary to clearly define the link between probiotics and weight loss, there is evidence that regular use can help customers realize their weight goals. Some bacteria block fat absorption in the intestine. Others increase certain hormone levels which may help control appetite by making you feel fuller longer. Studies involving certain Lactobacillus strains resulted in significant weight loss and an appreciable reduction in belly fat.

Studies show that particular microflora breaks down bile in the digestive system which can lower LDL or bad cholesterol. Another experiment linked probiotic use to a moderate increase in HDL or good cholesterol. There is also encouraging research linking gut health to reduced hypertension.

Research also suggests a link between probiotic intake and improved mood and mental health. Both animal and human studies lend support to such a connection. A test involving 15 patients showed that Bifidobacterium and Lactobacillus supplements showed improvements in depression, anxiety, obsessive-compulsive disorders and memory function.

Inflammatory bowel diseases such as ulcerative colitis and Irritable Bowel Syndrome (IBS) have seen improvement through regular supplement use. One study showed that a particular strain was as effective as prescription drugs for patients in remission of moderate ulcerative colitis. The risk of a potentially fatal bowel condition known as severe necrotizing enterocolitis which occurs in premature babies has also been shown to be lowered by probiotics.

You can lessen the severity of diarrhea with probiotics. Antibiotics disrupt the bacteria balance in the gut which often leads to repeated, loose, bowel movements that can lead to dehydration. Research has shown that taking probiotics reduced not only antibiotic-related diarrhea by over 40% but also shortened the duration of infectious and travelers’ diarrhea episodes.

Researchers have found that babies who drank probiotic-enriched milk saw reduced eczema symptoms than babies who drank regular milk in the same period. In another test, mothers who consumed probiotics during pregnancy gave birth to children with a significantly lower risk of developing eczema, dermatitis and other skin issues.

Regular probiotic intake may yield a variety of benefits to anyone looking to boost overall health and wellness. Some of these improvements are directly related to physical health, but potential holistic gains exist also. Several foods are rich in probiotics but may not fit into some dietary plans. Consider providing supplements which can be taken with water or food.