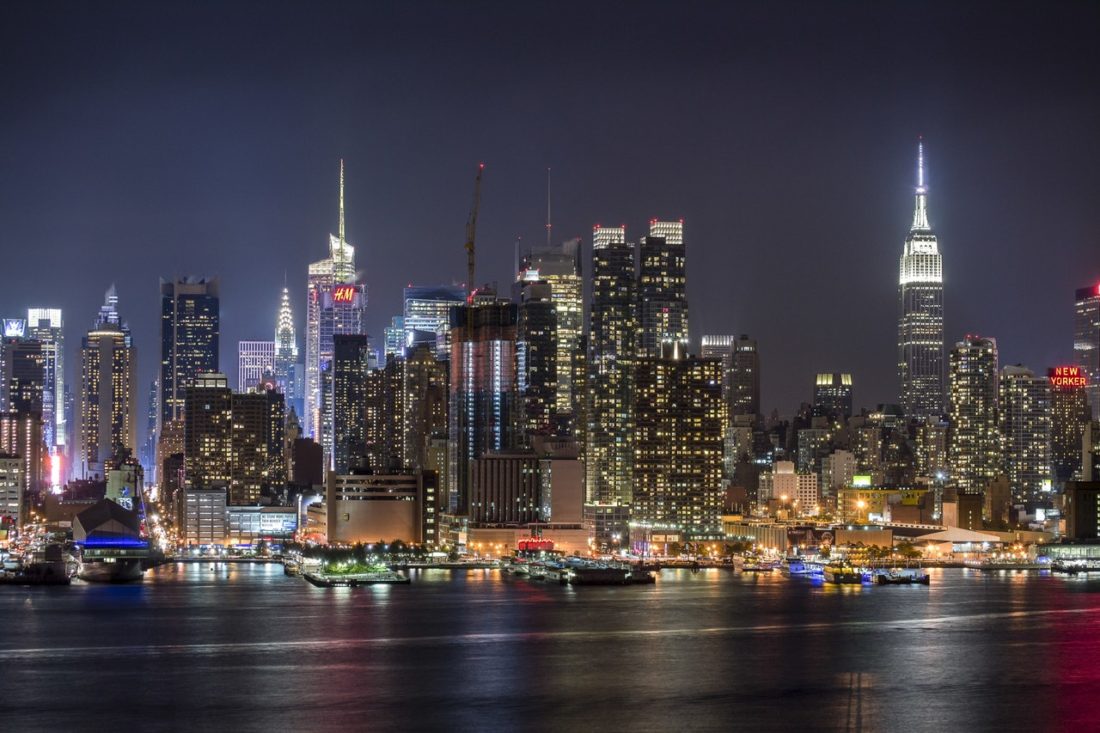 New York City might be the most recognizable city on the planet. It is known as the financial center of the United States, a cultural mecca that is a leader in art, fashion, film, and music, and a place where people fly to from around the world in order to enjoy its unique blend of excitement and diversity. There’s no doubt that with its combination of characteristics, New York is a unique place to behold.

The city also has a worldwide reputation of always having something exciting going on, and that whether day or night, seven days a week, there is always something to do here. For this reason, New York City is called the city that never sleeps. Let’s examine why that name fits New York City so well.

New York City is filled with iconic attractions that are known the world over. Each year millions come to see the New York attractions so they can mark them off their bucket lists. Here are a few of the most popular.

The Statue of Liberty

Holding a torch, and sitting in New York City Harbor, stands the most recognizable icon for freedom, justice, and Hope. The New York Statue of Liberty was a gift from France to the United States to solidify its ever enduring friendship. The statue was strategically placed where boats coming into New York Harbor from Europe  that contained hopeful immigrants, would see it and immediately know that they had arrived in the New World. The boats would stop at nearby Ellis Island and immigrants would be processed into the United States. All the while, the statue of the beautiful lady would be there watching and promising that they would get a chance to fulfill their dreams.

Today, Liberty Island is a monument to its past glory. Each year hundreds of thousands take a ferry to visit the Statue of Liberty, to read the stories of the immigrants and to visit the museum on the island. Even though processing of immigrants through Ellis Island has discontinued, the glorious Statue of Liberty still stands tall and proud in New York Harbor.

For more than 50 years, the Empire State Building was the tallest building in the world. When it was built, it was an engineering marvel that few actually thought could be completed. There were many setbacks because of unanticipated issues involving construction materials, and the intense wind that occurred during construction. But in the end, the building was completed and still stands today as a testament to man’s imagination and will

The Empire State Building remains one of New York’s most popular attractions.  Visitors ride the banks of elevators to the observations deck on the 86th and 102nd floors, where they can view most of New York, New Jersey, Connecticut, and Pennsylvania. They are also often shocked by the beauty of the building and its timeless art deco look. While there, they spend lots of time in the Empire State Museum, buy souvenirs and learn the proud history of this rock solid monument.

New York City has become the live show capital of the world and Broadway sits at the center of this success. Broadway is a series of large theaters that nightly offer up the best in live plays, musical shows and one person performances. Most have long waiting lists, and others have been popular for decades, but what is consistent with each is that they deliver a unique type of entertainment that attracts fans from around the world.

The New York nightlife is legendary for both its abundance, its variety, and its ability to go all through the night. In every part of the city there are discotheques, live music clubs, rock music bars, lounges, and all night eateries. No matter what your taste, or the type of crowd do you like to be around, you’ll find plenty of it in New York City.

When you travel to New York, your days will be spent perusing the amazing attraction, in the evenings you will be cruising on Broadway watching the latest Tony award-winning plays, and your nights will be filled with parties and other events that are so plentiful, they seem to run together. New York City truly is the city that never sleeps.