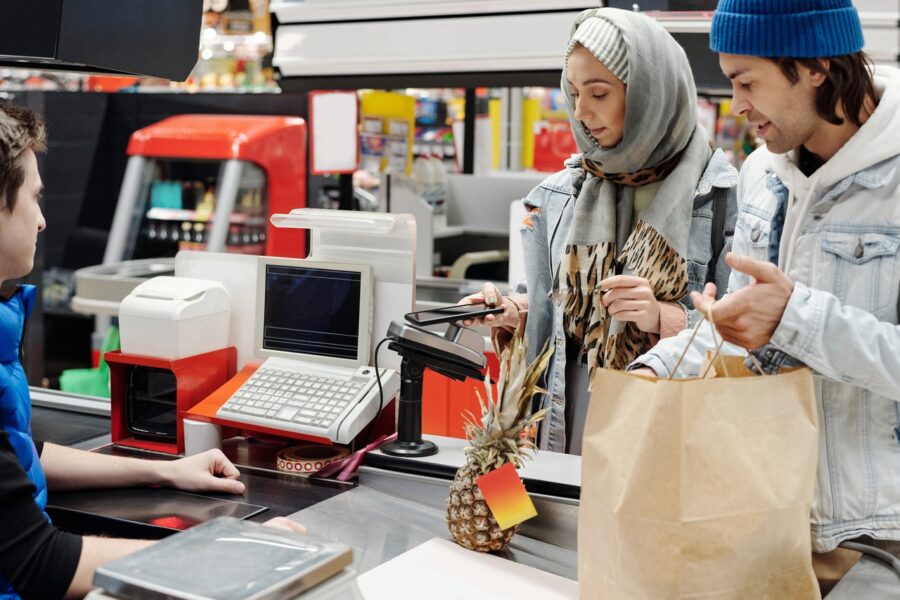 For many years I worked in one of the nation’s biggest supermarkets and looking back now, there are so many lovely little nuances and events that take place whilst you work in this kind of situation. I have to confess that it is not until after you leave a situation like this that you look back with fondness on those little foibles, at the time I’m pretty sure that I was unhappy about having to work there. I wanted to share some of these instances with you, I have no doubt that anyone out there who has worked in this setting will understand.

It won’t take long during your time in the grocery store that your name, either your forename or your surname will have been replaced. I can vividly remember becoming Michael from the Deli, and working alongside cashier Myricks. A name is only worthwhile until you have been placed on a department and it is at that point that half of it becomes eroded forever.

Sundays used to be a comical day and that is because almost 80% of the workforce would be working overtime rather than being contracted. Shifts on a Sunday didn’t start until 10am so that meant that during the week, everyone would be optimistic enough to think that they would get some hours in on the Sunday and earn some nice overtime. What would then invariably happen was that Saturday night would roll around, people would party safe in the knowledge that they had a lie-in, and the result would be a workforce which were somewhat worse for wear.

Much like office parties I imagine, the supermarket Christmas party would always throw up some drama, it stands to reason with so many people involved. What I used to find comical is that the security guards from the store took on the same role at the party, acting as bouncers, despite actually just being civilians like the rest of us. Invariably the odd fight would break out and there they’d be, the security guards look to restore the peace.

There is a strange pride between those who work on different departments and there is this tribalism that exists, which is hilarious in reality. I can remember some wouldn’t even talk to others if they worked on a different department. The real hilarity was this division between night shift and day shift. Nights would always think day staff were lazy, day staff would often think that the night staff were weird, the whole dynamic was completely strange. This would also be something that spilled over into the parties and the events that were held by the grocery store.

Now that I look back, it was the oddest collection of people that I have ever seen working together and somehow it always worked well, people did the job, customers were happy, and all of the weird goings on continued.