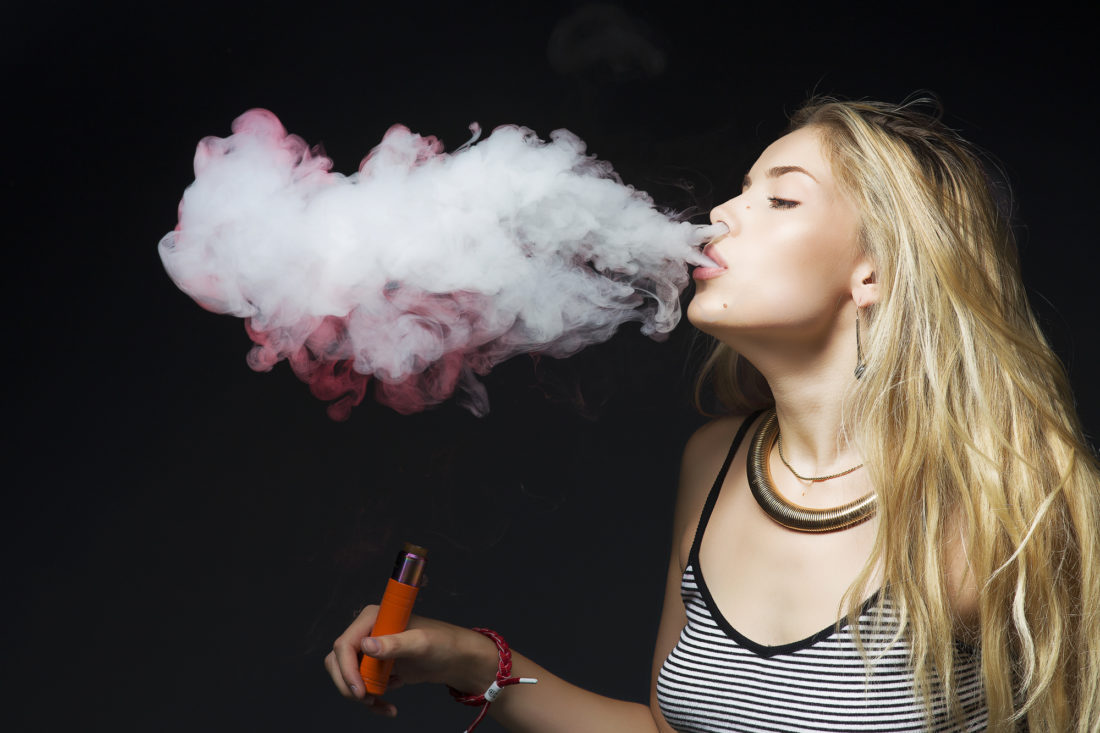 If you’re new to vaping, then you might have found yourself filled with envy watching other vapers do those cool tricks while vaping. When first starting out, it’s not uncommon for beginners to have trouble learning a few tricks. Not knowing how to do some of the most basic vaping tricks can lead to embarrassment amongst a group of friends.

However, everyone has to start somewhere. Luckily, there are several beginner vape tricks that you can learn with ease. If you’re looking to learn how to do a few vaping tricks to prove to your friends that you can hang with the crowd, then you’ll want to continue reading below.

Here’s our list of some awesome tricks and how to do them!

Before we dive into all these cool tricks for you to try while vaping, let’s discover a bit more on what’s vaping. Understanding what vaping is can help you when trying to learn vaping tricks. The long-term effects are still unknown due to it being fairly new.

There’s some controversy on the matter, which you can read on here. However, vaping is much easier on the throat than cigarettes, especially when you use atop quality vape like the Davinci IQ2 Vaporizer as it doesn’t involve combustion. It also allows you to inhale an excessive amount of steam or clouds, making it much easier to do tricks with.

Now that you know some background on vaping, it’s time to learn the tricks!

The first trick on our list is the mushroom cloud. This trick goes by a few other names as well. Some might refer to it as the ghost or as the snap inhale.

To complete this trick, you’ll suck out a cloud of vapor from your vape pen, but let it release out of your mouth before quickly inhaling it back in. This vape trick is fairly easy, so it’s the perfect first trick for a beginner vaper to try. This is how you’ll do the trick:

Follow these simple steps for a vape trick that all vapers can handle.

Another super easy vape trick to learn is the dragon trick. It doesn’t take much effort to get the hang of it and once you do, you’ll have yourself looking like a dragon every time you vape. How so?

This trick allows the vapor to exhale with four different streams. Just imagine a dragon blowing smoke out of its nose and mouth. Here’s what you need to know:

That’s all it takes to complete the dragon trick. After a while, you’ll be doing this one without even thinking about it!

If you’ve been around any kind of smoke, then you’ve probably seen someone blow out smoke rings or “Os” before. Smoke rings might be a little bit harder to create than the first two tricks, but they’re still simple to do. It might take some time to get the trick just right, but we have faith in you.

Here’s how you’ll do it:

The last part sounds more difficult than it is. And once you get that figured out, you’re good to go. What you’re doing is creating a slight cough or sigh to push the vapor out.

And now it’s your time to shine. This trick involves vapor being inhaled through your nose from inside your mouth. It creates an upward waterfall effect and is also known as the Irish waterfall.

Here’s how you can create this trick:

Continue to breathe in through your nose while the vapor leaves your mouth. This will direct the vapor to your nose from the inside of your mouth, which creates the upside-down waterfall effect.

Can You Master These Beginner Vape Tricks?

Mastering these beginner vape tricks is just the beginning of your vape trick career! Once you figure out how to do these simple tricks, you’ll begin to master more difficult ones in no time!

Need more helpful posts similar to this one? Come back regularly for more!

Pearl M. Kasirye is a writer at Kemistri.co, editor, and researcher who spends most of her time reading. When she isn’t reading or working, she can be found sitting on her balcony writing her own novels or traveling.